Tickets to Thiruvananthapuram for Cheap Flights

Trivandrum, the capital of the state of Kerala, the God's Own Country, now known by the name.Thiruvananthapuram, literally translates into the "abode of Lord Anantha". The Sri PadmanabhaswamyTemple, a highly venerated temple for Keralites, in the heart of the city is devoted to the deity Lord Anantha. You can see variety of tourist hubs in Trivandrum ranging from beaches to hill stations. In Trivandrum you can find a lot of temples, Churches and Mosques situated together. That shows the communal Harmony among the people in Trivandrum.

The panoramic landscapes, golden beaches, sun-kissed sands and emerald green palm trees, Thiruvananthapuram or formally known as Trivandrum, the seaside capital of Kerela, is bestowed with the glory of the nature. The city gets its name from the word, "Thiru Ananthapuram" meaning the city of Ananth or the abode of the sacred serpent Anantha, on which Lord Vishnu, the preserver of the Hindu trinity, reclines. 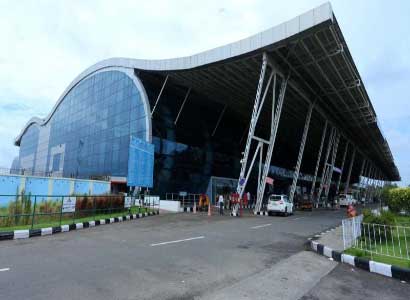 Trivandrum International Airport (TRV) is one of India's busiest gateways to the south. Trivandrum International Airport, located close to the city, is a popular choice for tourists booking flights to Kerala. TRV is well served by a number of major international airlines, as it is a popular holiday destination among global vacationers. Popular airlines that fly from London to Trivandrum include Air India, Etihad, Fly Dubai, Emirates, and Oman Air. The airport's reputation is enhanced by a wide range of dining and shopping options. Its ample parking also enables for rapid entry and egress. 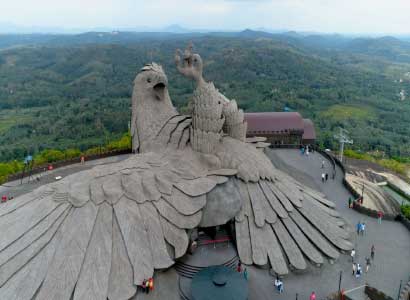 Kerala's Trivandrum or Trivandrum is a beautiful city with a rich heritage and culture that makes it an attractive stopover on Indian vacations. Vacationers who want to discover Trivandrum's secrets in the most enjoyable way can include the beautiful buildings in their journey. The Neyyar Dam & Wildlife sanctuary is great for those looking to experience natural tourism in Trivandrum. The sanctuary boasts a wide array of animals, from crocodiles to elephants, and lions to deer. Also, the Padmanabhaswamy temple is another awesome attraction for those in the area. Being covered in gold plating, it is said to have existed for Trivandrum. 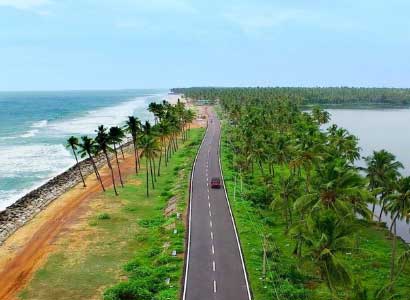 Trivandrum has a tropical monsoon climate that is warm all year. The Winter months, from October to March, remain the ideal time to buy flights to the destination. Because the weather is pleasant for outdoor sightseeing and activities. The winter months are also ideal for booking flights. However, due to the winter celebrations namely Christmas, tourism in Trivandrum will be busier as well as expensive. So we recommend you come later on in the year or book in advance. Onam is an important Malayali Celebration during the months of August and September. It's a popular Harvest festival in Trivandrum and is a good time to visit if you want to see the local cultures.