Tickets to Mumbai for Cheap Flights

A city quite unlike any other in the whole of India, Mumbai (previously named Bombay) is an island city, being located on Salsette Island, alongside the Arabian Sea. With an appealing coastline, many of Mumbai's top resorts and tourist attractions lie around its main beaches, which include both Juhu Beach and also Girgaum Chowpatty Beach, where evening funfairs provide plenty of atmospheres. Mumbai is famous for many things, including its thriving Bollywood film industry, teeming bazaars, colonial-style buildings, Art Deco structures and a superb choice of restaurants, often being rated as the dining capital of India.

The Gateway of India Mumbai is located on India's beautiful west coast along the Arabian Sea in the state of Maharashtra. Mumbai formerly known as Bombay derived its name from the local deity Mumba Devi. The commercial center of India, this city is highly visited for its entrepreneurs, concrete towers, historical significance, clubs, discos, cricket, Bollywood and much more.

Mumbai gifts its visitors a young, fresh and rejuvenated feeling, which has given Mumbai the title Las Vegas of India. This cosmopolitan city boasts attractions to take you through the old and new Visit Haji Ali Dargah, Marine Drive, Colaba, Fort Area, Juhu Beach, Elephanta Caves, and the Manj Bhavan Gandhi Museum. Best examples of the architecture can be seen in the Gateway of India, the Victoria Terminus (CST), and the Police headquarters, while the Prince of Wales Museum, founded in the early 20th century to commemorate the visit of the then Prince of Wales, is a great way to learn about the country's history. For great views of Mumbai, visit the terraced Hanging Gardens, now known as the Ferozeshah Mehta Gardens, head to the Marine Drive Chowpatty (beach), and for a really authentic Mumbai shopping experience, look no further than the always crowded, bright and colourful Crawford Market.

Mumbai has India's busiest International Airports and served by all major International airlines. Mumbai is linked by all the major cities in India and International cities with frequent daily flights and excellent rail and road links. Book your cheap tickets to Mumbai with Oceans Travel, book a bargain and don't miss out on a the best price to Mumbai. With major airlines such as British Airways, Air India, Jet Airways, Qatar, Kingfisher and many others, you are sure to find a great flight deal to Mumbai with Oceans Travel. 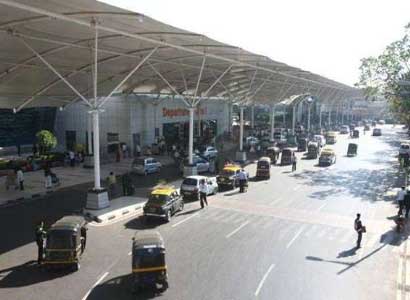 To go to Mumbai, you must have a valid visa. And your passport must be valid for a period the following 180 days at the time of your visa application. The airport you'll be flying into is Chhatrapati Shivaji International Airport. It's one of the busiest in India, so you can expect to find plenty of taxi and rental car services when you arrive to help you to your location. CSIA connects various Indian airports and has a distinct terminal where local planes arrive and depart. If you're connecting through CSIA, seek the inter-terminal coach. Which will take you from international terminal T2 to the domestic terminal. 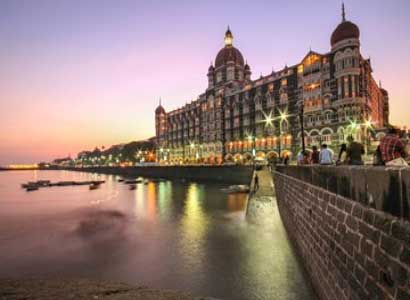 The majestic Taj Mahal Palace Hotel is the very first thing that springs to mind when you think about Mumbai. So there's no question that you should pay it a visit on your trip. However, the metropolis has a wealth of other cultural attractions and tourism hotspots to offer. The Gateway of India is a magnificent monument created to honor Queen Mary and King George V's visit. And it is a prominent site in the city that you can visit during your vacation. Those interested in India's spirituality should go to Siddhivinayak Temple. While those keen on Mumbai art and culture should go to Jehangir Art Gallery. The National Gallery of Modern Art, and Chhatrapati Shivaji Maharaj Vastu Sangrahalaya. 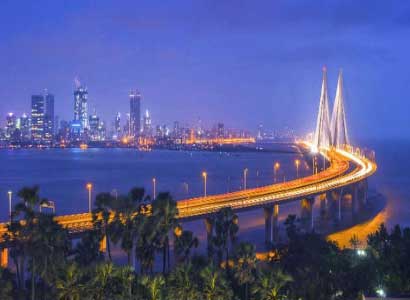 Although Mumbai has mild temperatures all year, it may become extremely humid during the summertime. And this is why many people prefer to fly during winter – from October to April – when it is more suitable to spend full days strolling and touring. The festive season in India lasts from October to November. So book your tickets at this time to experience the magnificent ambiance of the Hindu festivals Diwali and Navratri. If you're looking for flights to get away from the UK over Christmas and New Year, Mumbai could be a great option. Because both holidays are celebrated in style in the city. It is important to note that you should avoid visiting Mumbai between June and September owing to the strong monsoons.