Tickets to Kolkata for Cheap Flights

Kolkata represents one of the four metropolitan cities of India. The city makes up the capital of the eastern state of India, West Bengal. The city formerly designated as Calcutta, sway's rich cultural and demographic resources. The popularity of Kolkata, as one of the premier cities in India, reached its heights in the pre independence era. The city in a short span, about 400 years, has evolved into one of the major commercial areas and a great learning centre in the sub continent. The city has quite a number of aspects which makes it a prime tourist destination in India. The city is primarily famous as a great learning and commercial centre.


Kolkata has long been known for its literary, artistic and revolutionary heritage. As the former capital of India, Kolkata was the birthplace of modern Indian literary and artistic thought. Kolkata (formerly Calcutta) is the capital of the Indian state of West Bengal. It is located in eastern India on the east bank of the River Hooghly. Referred to as the " intellectual and Cultural Capital of India", "The City of Processions", and the "City of Joy", several of India's great 19th- and 20th-century heroes were Kolkatans, including guru-philosopher Ramakrishna, Nobel Prize–winning poet Rabindranath Tagore, the city of Mother Teresa and celebrated film director Satyajit Ray. Dozens of venues showcase Bengali dance, poetry, art, music, film and theatre. As the former capital of British India, Kolkata retains a feast of dramatic colonial architecture, with more than a few fine buildings in photogenic states of semi-collapse. The city still has is also developing dynamic new-town suburbs, a rash of air-conditioned shopping malls and some of the best restaurants in India with the finest Bengali cuisine. 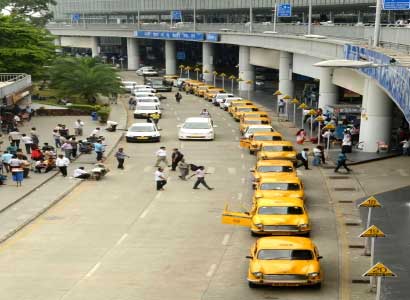 Because Kolkata is a top tourist destination. There are numerous transportation options available between the airport and the city center, which is only about 17 kilometers away. When aircraft arrive, many people use prepaid cabs from outside the international terminal building. Meanhwile others catch a bus to the central city, which is cheaper. Coaches are air-conditioned, which makes them extremely pleasant. Before purchasing airline tickets to the city, you must apply for a visa; to do so, you must have a passport that is valid for a period of 180 days at the date of your visa application. 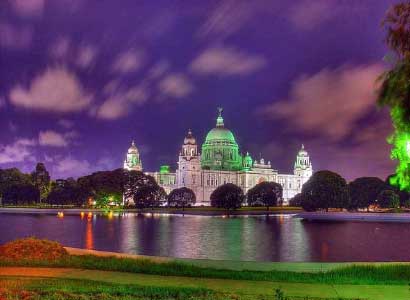 Kolkata is a great location for those interested in Indian imperial history; you can tour the Victoria Memorial, Fort William, and Marble Palace. And there are other museums all through the city where you can learn a lot about the city's dramatic history and distinct culture. The Hooghly River, which runs alongside Kolkata, is most renowned for its Howrah Bridge. An exquisite construction that compliments the city's colonial architecture. More places to visit in Kolkata include the Victoria Memorial, which is a huge marble building made to remember the late Queen Victoria. 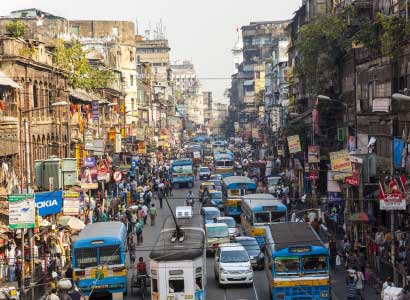 Kolkata has a tropical climate; it's warm and humid, which can be especially unpleasant for many British tourists visiting Kolkata during India's summer months, which runs from April to June. Temperatures fall down from July to late September thanks to the monsoons. Although rain with excessive humidity can make sightseeing difficult. To make the most of your stay in Kolkata, schedule flights between October and March. Because the colder winter weather and drier climate make exploration simpler. Visiting during October will enable you to enjoy the Durga Puja festivals. These Hindu celebrations are popular in Kolkata, so if your visiting in October take this into account!