Cheap flights to to Hyderabad

Tickets to Hyderabad for Cheap Flights

Hyderabad the capital of the state Andhra Pradesh is the sixth largest city of Indian Union, is a beautiful city with its mosques,palaces,forts,museums,akes and house lined bazars.The district of Hyderabad is known for its IT and IT Enabled Services, Pharmaceuticals and Entertainment industries, call centres, BPO firms, and other technological services. This city depicts the orient glory of the past especially the Indo-Muslim culture. The testimony of the city is added by its elegant buildings, marbled temples and monuments. The city is nearly 400 years old which still has its culture.

Hyderabad also referred to the city of pearls through its history of pearl dealings, is the capital of one of the most techno savvy states in India, Andhra Pradesh, in the region of Telangana. A true metropolis city, where religiously and culturally the city is united with Hindus, Muslims and Christians.

Hyderabad city is known for its rich history, vibrant culture, food especially the famous and delicious Biryani, posh and exclusive restaurants and hotels serving international food, the IT Industry, high tire sky scrapers, remarkable monuments, tombs, ancient palaces and forts, a virant mix of the historic and the modern and its multi-lingual culture, both geographically and culturally.
Some of the major attractions in Hyderabad are The Galleries Of Charminar, The Arches Of Charminar, The Mecca Masjid, Jami Masjid, Toli Masjid, Husain Sagar Lake, Falakuma Palace and Rang Mahal.

The original city of Hyderabad was founded on the banks of river Musi. Now known as the historic old city, home to the Charminar, Falaknuma Palace, Chowmallah Palace and Mecca Masjid with bricks made with the soil from Mecca, it lies on the southern bank of the river. Hyderabad and Secunderabad are twin cities, separated by the Husain Sagar (bound by the 'Tank Bund'), a man made lake made during the time of Ibrahim Qutb Shah in 1562.
Hyderabad is well connected to all major cities of India and internation cities and Secunderabad, is well connected to all major cities of India. The city is easily accessible by road since it lies at the intersection of two major national highways.
Find the best airfare deals for flights to Hyderabad with Oceans Travel. Book cheap flights to Hydrabad on all major airlines with Oceans Travel. Don't miss out on great deals to Hyderabad, call Oceans Travel on 0330 818 1234 . 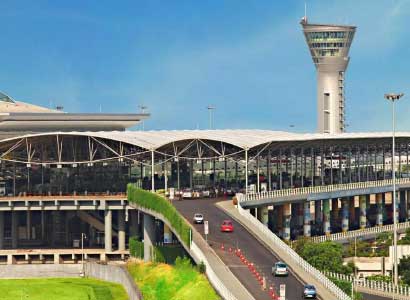 Rajiv Gandhi International Airport (HYD) is the best Hyderabad Airport. This International airport supplies Hyderabad. The 'City of Nizams.' And It is located around 22 kilometres south of the city centre. With a variety of passenger-friendly facilities and services, HYD has won multiple awards for its popular ameneties.  And flights from the United Kingdom to the city are available from a variety of full-service and low-cost airlines. Also, The airport itself is famous for it's services. Such as spacious parking, and also a large dining area to help satisfy your needs. And the premium shopping is also great for your shopping needs on the go at Hyderbad Airport! 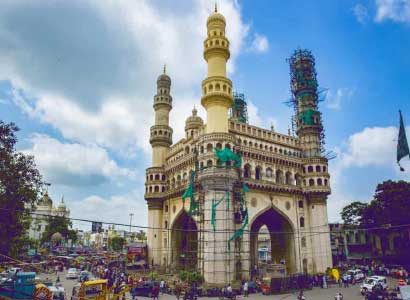 Hyderabad varies with its top tourist destinations. Places focusing on Hyderabad's Nature, and other areas which are far more focused on Hyderabad's modern and historic architecture. And, the biggest area for nature-loving tourists in Hyderabad is the KBR National Park. Also being 390 acres of wildlife, those of you who are in love with nature will adore this! It has over 600 plant species and 140 bird species! Therefore, really bringing out the nature lover in us all! Make sure you also follow the rules and regulations of the park. And there is more! Falaknuma palace is a great palace! 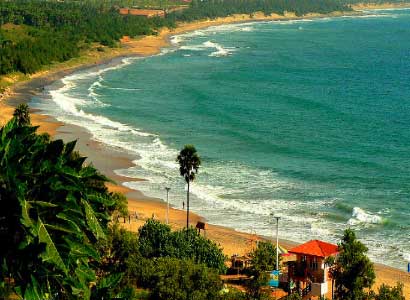 The best time to travel to Hyderabad varies. The colder months of September to February tend to be the peak travel months to Hyderabad. During this time of year, the city has sunny and mild days that are suitable for outdoor tourism and activities, while the nights keep quite cool. But, owing to favorable weather conditions, rates often spike during this time. And it is prudent to purchase flight tickets well in advance if wanting to visit Hyderabad during the high travel season. Late February remains the greatest time for festival visitors to book flights to the city. Because the city rejoices in the excitement of festivals like The Deccan Festival. If your best time to visit Hyderabad consists of enjoying the local flavour, this is the time.