Tickets to Delhi for Cheap Flights

The Lotus Temple as it is popularly known because of its flower-like shape is located in the southern part of Delhi. This temple is a Bahai house of worship and is also among the popular tourist attractions in Delhi winning many architecture awards and being featured in many magazines and newspapers. The best time to visit the Lotus Temple is between Octobers to March as the weather is Delhi is very pleasant for sightseeing during these months of the year.

Delhi, the cultural capital of India is a city that offers a glimpse of ancient and modern day cosmopolitan India. Its antiquity goes beyond the vision of history. Located on the west bank of river Yamuna, its history traces back to Mahabharata epic, several empires rose and fell ever since, but the spirit of Delhi remained to this day. The contemporary Delhi is a culmination of seven cities built by different emperors. Among some spectacular historic sites, the most prominent ones are: Qutub Minar, Red Fort, Tuglakabad Fort, Jama Masjid, India Gate, Lotus temple, Humayun tomb and Rashtrapati Bhavan.

The spectacular architecture of Delhi city is evident through its antique monuments. The city of Delhi is a blend of two different divergent, yet perfectly balanced parts, the Old and the New Delhi. While the Old Delhi speaks volumes about its Mughal past, the modern New Delhi highlights the spectacular architecture of the British Raj, tall and impressive buildings, museums, expansive parks, with its intricate streets, elegant mosques, forts, monuments and colourful bazaars.

With its multi-ethnic, multi-cultural population, the city is truly cosmopolitan. A city with enchanting contradictions and a treasure pot of surprises, Delhi is a tourist's paradise and conveniently connected by air link with major international and national cities.
Flights to Delhi are easily available from all UK cities like London, Birmingham, Edinburgh, Liverpool, Manchester and many others. With top airline deals such as Air India, Jet Airways, Virgin Atlantic, British Airways, Emirates and much more to Delhi you can have a memorable and an affordable trip. Discover this beautiful place with cheap airfares to Delhi with Oceans Travel. 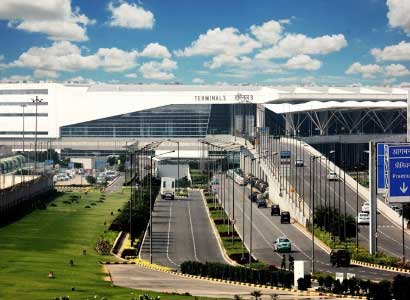 Indira Gandhi International is the main Delhi Airport for travelers wishing to go to Delhi. The airport has strong connections to UK Airports like Heathrow, making it the best airport in Delhi. For those who are looking to get right into the destination, you can quickly take the eco-friendly Metro Express. Not only is it fast but it's also cheaper in comparison to public transport. The Airport itself is top class too. It boasts a food court with a wide array of different cuisines, and also has a large shopping are for all your shopping needs! 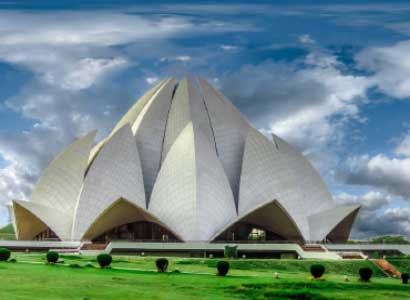 Delhi is full of places and is one of the best places for Tourists to visit too while in Delhi. The Red Fort is a favourite place for tourists to see the ancient history of India. Constructed in 1639, the Mughal Fortress still remains one of the best and must-see attractions in all of India! The India Gate is a War Memorial that reminds us about the fallen Indian soldiers It is a marvel of architecture and draws in thousands to see its stunning building. World of Wonder is also a huge Theme Park in the city! It is the perfect tourist location in Delhi for the youngsters, it has a wide assortment of rides ranging from slow to fast! It is a great place to see in Delhi! 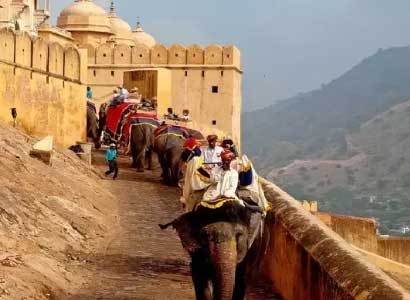 When flying to Delhi make sure you pick the right time! You do not want it too hot, or too cold. And make sure you do not come during the monsoon season as it is very humid and obviously wet! We think the best time to go to Delhi is during January or February. Of course, by now the Christmas craze would have cooled down meaning prices will be cheap, and the city will not be too busy either. Furthermore, this is quite a cool time to visit Delhi. If you want to experience the Monsoon for yourself, go in July. This along with the relatively high temperatures means that you will be in for a crazy journey! So pick your best time to go to Delhi!