Tickets to Chandigarh for Cheap Flights

Chandigarh, the dream city of India's first Prime Minister, Sh. Jawahar Lal Nehru, was planned by the famous French architect Le Corbusier. Picturesquely located at the foothills of Shivaliks, it is known as one of the best experiments in urban planning and modern architecture in the twentieth century in India. Chandigarh derives its name from the temple of "Chandi Mandir" located in the vicinity of the site selected for the city. The deity 'Chandi', the goddess of power and a fort of 'garh' lying beyond the temple gave the city its name "Chandigarh-The City Beautiful. Get cheap airfare for Chandigarh flights and book airline tickets with Oceans Travel.
The most striking thing about the city is the expanse of resplendent blue sky with the mountains in the backdrop. When you are approaching the city, you would see the jagged skyline of the Shivalik Hills looming large over the city and the faint image of an old temple dedicated to Goddess Chandi. Chandigarh is also known as the City beautiful, is a city in Northern India that serves as the capital of two states: Punjab and Haryana.

The city, a model of wide roads and spacious residential colonies, is an excellent base for specialized sightseeing. The white domed temple of Goddess Chandi Devi that stands on the slope of a hill, situated in the north-east of Chandigarh, on the edge of the Shivalik hills, is from where the city obtains its name Chandigarh. From here one can travel northwards to the hill resorts of Shimla, Kullu, Manali, Dharamshala and Dalhousie. Chandigarh is not only the most modern city in the country but has been planned to perfection by the world famous French architect le Cobusier. While on a visit to Chandigarh the visitors will come across many popular tourist attractions like for its museums, temples, parks and gardens, and some other attractions. Sukhna Lake, Rock Garden, Zakhir Hussain Rose Garden, Leisure Valley, Government Museum & Art Gallery and many other attraction a worth a visit.

New hotels, department stores, cafés and other air-conditioned hang-outs line the boom town's straight, clean roads, catering to the fast-living young Indians. Visitors find the geometric, green city a welcome break from the chaos of other Indian cities, and plunge into the many sights and, of course, glitzy nightlife.
Chandigarh, as a Tourist Destination offers all this and much more. With flights to Chandigarh made easily available from major UK cities, there are great flight deals available. Book your cheap flight to Chandigarh with Oceans Travel. 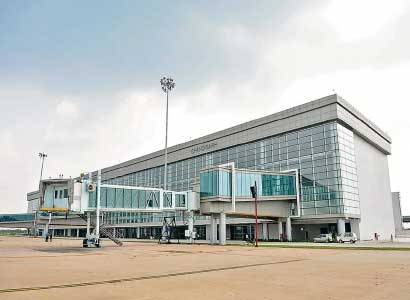 Chandigarh Airport is a choice for those who are looking to go to Chandigarh. The airport itself is more focused on Domestic flights, meaning it's primarily for people already in India going to Chandigarh. However, once you make it to the airport it is a great experience from its facilities to its staffing. The staff are commemorated as kind, helpful and offer fast and quick services. The airport itself is well maintained and its public services, although not many, are good too. Transport outside is readily available too as taxis are often waiting outside. Furthermore, the airport is often times not too crowded making it easy to navigate through and around. 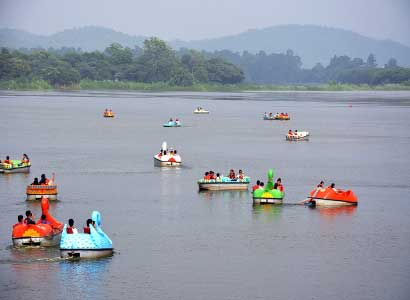 Near as well as throughout the City of Chandigarh, there is lush and beautiful nature. And you can see this in the most popular tourist attractions in Chandigarh. The Zakir Hussain Rose Garden is a beautiful flower garden. Boasting over 50,000 rose bushes, along with 1600 different species of them. Furthermore during the February rose festival this place really lights up in its culture as well as its feel. The Sukhna Lake is a vast reservoir in the city and is another amazing place to visit if you are looking for Tourist spots in Chandigarh. 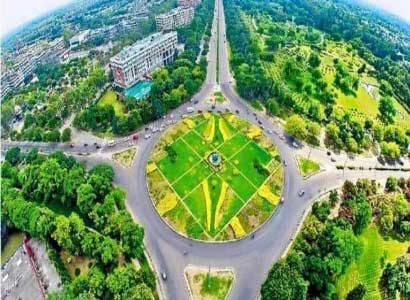 From September to March is the greatest season to visit Chandigarh. Because the weather is neither too hot nor too chilly. Giving you the optimum time and temperature for a city adventure! However, like in other cities, high pricing is due to the busy time frame. So we suggest you should book in early as many people will be racing to get here as well. Many Sikh festivities are also held during this time period, making it the greatest time to visit Chandigarh to experience the culture and life of Punjab and the Sikh Communities.